I first joined Girlguiding as a Brownie, moving on to Guides and Rangers. I had a break until re-joining as a Unit Helper, just over 17 years ago, when my daughter started Brownies. I went on to train as a Leader and took over the unit when Brown Owl left. Since then I have been a District Commissioner and currently hold District Administrator, Assistant Division Commissioner, County Archivist and County Membership Systems Coordinator roles. Somehow I’ve never developed the art of saying ‘no’.

I was first appointed to a County role (Go! Coordinator) to help in the testing phases of (old) Go! and its rollout in 2009. Over the past few years I have helped at trainings and taken particular responsibility for the registration and recording of the Leadership Qualification on the database. I have continued to do the same since the new GO system was introduced in September 2017. It’s hard to believe it is already a year old!

My role as County Membership Systems Coordinator involves ensuring that the Membership Systems (GO, Join Us, DBS and Subscriptions) are managed responsibly within the County and data kept up to date by the volunteers at all levels. 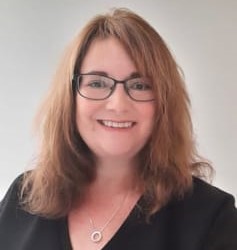 Provides administrative support to the County Commissioner, Team and Advisers

Advises and supports young leaders within the County

Hertsmere Community Lottery is a free online fundraising tool, to raise vital funds for local good causes. Since its launch in December 2021, 25 good causes have registered with 200… Get ready for the best youth group adventure at KidZania London!